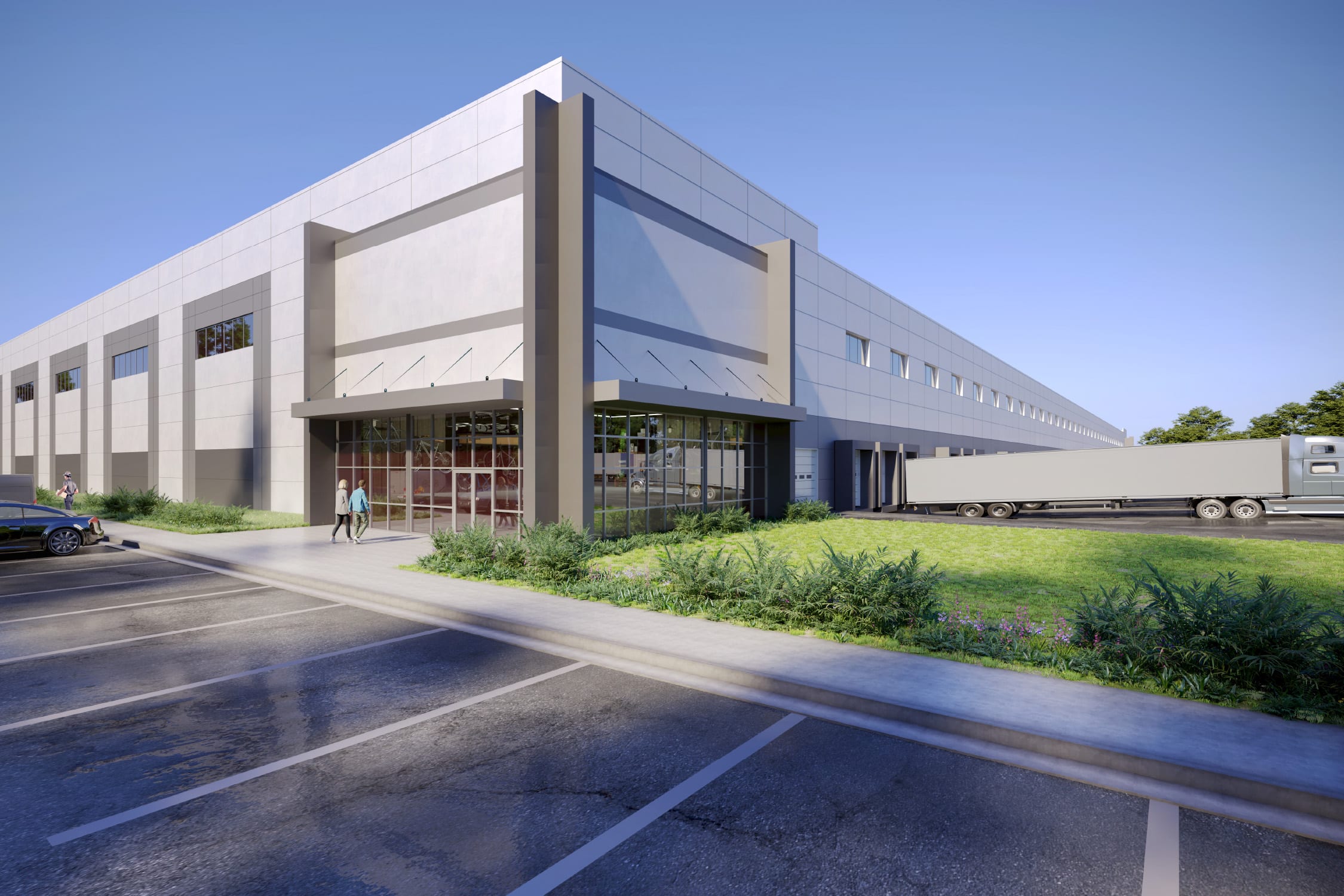 Hunt Midwest seeks to grow its Northland footprint with two new speculative industrial developments on 44 acres adjacent to where Google has proposed a $600 million data center.

The Kansas City-based real estate developer hopes to break ground in May on a 475,295-square-foot distribution center building in its 2,500-acre Hunt Midwest Business Center, at Interstate 435 and Parvin Road.

That building, HMBC Logistics IV, then could be completed around the end of this year, Hunt Midwest CEO Ora Reynolds told the Kansas City Business Journal on Friday.

Next door, a 203,875-square-foot building, HMBC Logistics V, could see construction begin either after its predecessor is completed or achieves a 50% lease-up.

Together, the two buildings represent a $40 million investment that could support 400 jobs among single or multiple tenants — or potentially double that figure, if Hunt Midwest can land e-commerce or last-mile fulfillment users, said Mike Bell, Hunt Midwest’s senior vice president of commercial development.

In June 2020, the 44-acre site had been considered for an approximately 723,000-square-foot build-to-suit industrial project that would have entailed as many as 2,200 manufacturing and e-commerce jobs.

To the east, Google could build a campus potentially eclipsing 300 acres, early planning for which dates back more than two years under the code name Project Shale.

Google also has the option to buy as much as 236 additional acres north of that first site, according to a real estate option agreement filed Aug. 27, 2019, with the Clay County Recorder of Deeds office.That agreement gives Google three successive six-month extensions of its option for that land. Saturday will mark a rollover into the final extension, ending Aug. 27.

Hunt Midwest representatives declined to comment on Project Shale, citing a nondisclosure agreement. Google did not return requests for comment.

In July 2019, Port KC approved a resolution authorizing the issuance of a 35-year, $25 billion privately backed Chapter 68 bond. Officials noted at the time that Google’s development wouldn’t necessarily be a “$25 billion project” but rather could reach as high as that total if the company expanded in future years.

South of Project Shale, Hunt Midwest has developed three logistics buildings during the past four years, together amounting to about 623,000 square feet and fully leased with 10 total tenants.

And west of the two new planned buildings, Hunt Midwest has two tracts totaling 135 acres for future development. This could include an additional 2.6 million square feet of construction in five to eight buildings, after HMBC Logistics IV and V are completed, Hunt Midwest representatives said.

On Monday, the Port Authority’s full board approved an expression of intent to issue as much as $40 million in bonds to provide Hunt Midwest’s new speculative buildings a property tax exemption and a sales tax exemption on construction materials.

Hunt Midwest has requested a 15-year property tax abatement, starting at 95% for the first seven years and gradually decreasing to 50% by year 15, Reynolds said.

Those incentives will allow Hunt Midwest’s buildings to compete with other industrial developments to the north — such as Lane4 Property Group Inc.’s Liberty Logistics Center and NorthPoint Development’s planned Northeast Distribution Center — including for potential tenants serving as suppliers for Ford Motor Co.’s nearby Kansas City Assembly Plant, representatives said during a Port KC meeting earlier this month.